The list is named after former Congressman Eliot L. Engel, a New York representative who lost his 2020 Democratic primary after focusing on overseas adventures rather than his district.

The relatively new Salvadoran president Nayib Bukele’s legal counsel, Conan Tonathiu Castro Ramírez, was placed on the listbecause he allegedly “undermined democratic processes or institutions by assisting in the inappropriate removal of five Supreme Court Magistrates and the Attorney General.”

There is no requirement, per Section 353, for an indictment or conviction. Reporting in the media makes you guilty enough to be defamed.

By this standard, I wonder how many countries would be able to place U.S. officials on their own versions of a so called “corrupt list” that is based on media reporting?

President Joe Biden’s own son, Hunter Biden, for example, ought to be on some country’s list, or on the very own State Department’s list due to news coverage of his dealings with Russia, China, and Ukraine.

Or how about Speaker of the House Nancy Pelosi buying up to a million dollars’ worth of Tesla stock prior to Biden’s announcement of a major electric car purchase under his “buy American” executive order?

Again, no indictments have been made public, but it has been reported. That is enough to be on a corruption list, per Section 353.

Hunter Biden and Pelosi are just two examples of alleged corruption among U.S. government officials that have been reported in the media.

A simple Google search will bring you dozens of other examples, starting with Bill and Hillary Clinton, Rep. Aalexandia Ocasio-Cortez, D-N.Y., or Rep. Ilhan Omar, D-Minn. – and many others of both political parties.

In the case of El Salvador, the State Department seems to either have been played by the political hacks at the National Security Council at best or simply ill intentioned at worse when releasing the Engel List.

El Salvador has been engulfed in corruption for the past 30-plus years since the end of the civil war in 1993. The ARENA and FMLN parties have ruled until their joint demise in 2019.

Then, Bukele swept the country’s presidential election in a first round with a historic victory, and not running under the banner of either one of these two corrupt political parties.

His campaign was focused on fighting corruption with the slogan, “There is enough money when nobody steals”.

Over the last two years, many political leaders from these two traditional parties, including former president of both ARENA and FMLN as well as former mayors and membersof congress, have been engulfed in very high-profile corruption schemes, thanks to Bukele’s leadership.

Not only have these been written about, but indictments, convictions, and sentencing have been given to many of them. Surprisingly so, none of these officials were included in the State Department’s cherry-picked list of alleged corrupt officials.

I would have expected more from career State Department diplomats. Yet, they have opted for confrontation rather than advancing sound policy in our mutual interest by placing Bukele on the Engel List.

Consider that El Salvador, under Bukele, is a success story. The economy is recovering following the COVID-19 pandemic, corruption is being fought by the new attorney general ferociously, illegal migration to the United States has been reduced by nearly 90%.

Bukele also established a border patrol, causing violent crime to reduce by more than 70% and forcing violent groups such as MS-13 on the run with many of their leaders having been incarcerated.

Negotiating with these kinds of groups was the norm in the past; it is no longer the practice.

El Salvador has also managed battling the COVID-19 pandemic successfully, per the WHO and many others, and are underway to vaccinating their entire population, and even donating vaccines to neighboring countries who are in dire need.

Last but not least, El Salvador recently announced Bitcoin would be of legal tender. It is the only country in the world to do so.

The U.S. dollar is still also legal tender in El Salvador. This new economic policy will undoubtedly be a boost to their economy, foreign direct investment, and hence, job creation which is the reason for illegal migration to have declined.

But that success in El Salvador does not matter to Biden’s State Department.

This misguided policy toward an incredibly popular president and his legal advisor has accomplished nothing but increase China’s position in our hemisphere as it has created friction between the U.S. and El Salvador, especially on the issue of illegal immigration.

To that extent, El Salvador is part of the solution – not the problem – to stopping illegal immigration in the U.S. and Latin America.

Unfortunately, the Biden and Harris administration fail to see this.

Vice President Kamala Harris’ visit to Guatemala was a fiasco and a waste of taxpayer money. Her visit would have been more productive if she had visited El Salvador to learn from their successes and worked with the Bukele administration as it pursues innovative reforms under a dynamic and well-liked leader.

Let’s face it, if the Biden administration honestly seeks the “root causes of migration,” El Salvador is the only one of the so-called Northern Triangle countries making progress toward addressing those “roots.”

The White House’s confrontational approach toward El Salvador risks destabilizing a country where hope and optimism pervade for the first time in decades.

This misguided approach opens the door to a much more geopolitically savvy China and builds resentment among Salvadorans in El Salvador and the U.S.

The Biden administration has embarked on a naïve and counter-productive approach to the country of El Salvador.

It is time to change course.

By Damian Merlo, via Newsmax. 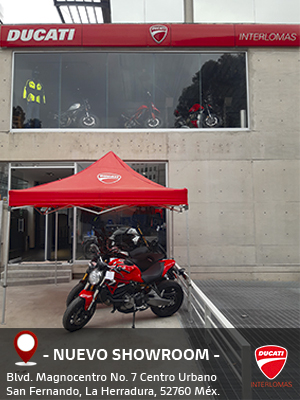